I was personally introduced to poetry through the limerick. I grew up reading Edward Lear’s Complete Nonsense and having my mother and grandma recite silly rhymes to me. Limericks stick in your head due to their uniform metre and rhyme scheme, which is probably why I can recite so many of them today (much to the annoyance of my husband.) Limericks are known for being humorous, and often nonsensical. A brilliant example of this is the poem below, by Edward Lear:

There was an Old Man with a beard,
Who said, ‘It is just as I feared!
Two Owls and a Hen,
Four Larks and a Wren,
Have all built their nests in my beard!

The first, second, and fifth lines have seven to ten syllables, they rhyme, and have the same verbal rhythm. (Often rhyme one and five is actually the same word.)

The third and fourth lines have five to seven syllables, they also rhyme and have the same verbal rhythm.

Usually, the metrical pattern of a limerick is anapestic, meaning unstressed/ unstressed/ stressed. Lines one, two and five contain three of these metrical feet, and lines three and four contain two. In the limerick below, written by Rudyard Kipling, I have marked this out, highlighting the stressed syllables. As you can see, this form is often followed loosely, with more attention being paid to the number of syllables and rhyme than the anapestic metre.

There was a small boy of Quebec
Who was buried in snow to his neck
When they said, ‘Are you friz?’
He replied, ‘Yes, I is —
But we don’t call this cold in Quebec.

And there you have it! Limerick is a fairly straight forward form to wrap your head around, and I would highly suggest that you read, or even write, a few if you are ever in need of a laugh.

Poet and Witch living in the heart of Bronte Country with my husband. View all posts by Rosie Wood 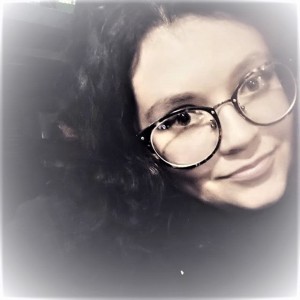 Hi there! I’m Rosie Wood, I have been writing poetry avidly for 13 years (unlucky for some!)

When I was a teen, one of my guiltiest (and nerdiest) pleasures was getting a pencil and a poetry book and scribbling my amateur analysis all over it.

One English Literature degree and half a postgraduate creative writing degree later, I hope that my current book scribblings aren’t quite as sacreligious!

See what I am currently reading: